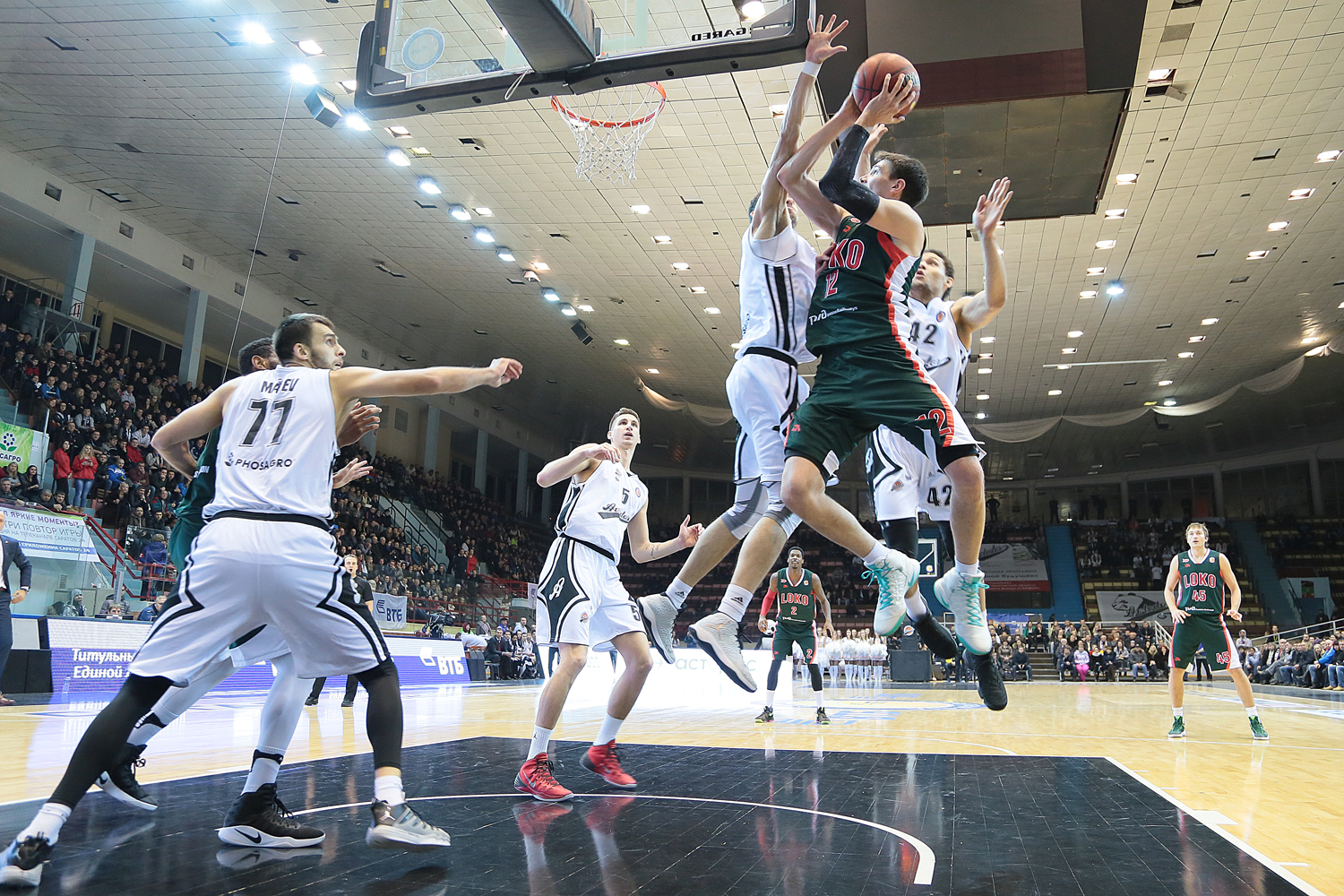 Turning Point I
Lokomotiv-Kuban trailed most of the 1st half, but a 6-0 run to open the 3rd quarter erased the deficit and set the tone for the 2nd half.

Going into the final minutes, Loko enjoyed a 74-67 advantage, before Avtodor, energized by the home crowd, stormed back to make it a one-point game, 74-73.

Loko had chances to put the game away, but couldn’t take care of the ball, and Branden Frazier ended up converting one of two free throws to force overtime.

After Tomislav Zubcic leveled the score at 76-76, with three minutes remaining, Krasnodar went on a 10-0 run to put the game away.

Loko wins in Sasa Obradovic’s coaching debut, improving to 4-2, while Avtodor drops another close game to fall to 1-6.

Star
Mardy Collins. He scored a game-high 25 points, including several buckets in the overtime period.

Quotes
Avtodor head coach Sergei Mokin:
– We didn’t play great offense today. We really missed Zubcic’s points. At the same time, we were pretty active on defense, given our rather limited roster. After Kolyushkin and Klimenko fouled out, our offensive schemes broke down. We were facing an experienced team. Mardy Collins was decisive in the closing minutes. He took the initiative and decided the game in Loko’s favor. How did the visitors go on a 10-0 run in overtime? We committed turnovers, weren’t organized on offense, and didn’t hit our shots. Krasnodar, on the other hand, got going, which is why we had a collapse. When we got down six in the extra period, it was clear that it would be very difficult to overcome that deficit.

Lokomotiv-Kuban head coach Sasa Obradovic:
– The key to our win today was that we managed to slow Avtodor down most of the game and prevented Saratov from scoring easy points on the fast break. We are still looking for our team chemistry and getting used to each other. We faced a serious opponent today that played very well on defense and was very dangerous on the court. One sign of Avtodor’s strength is that CSKA needed overtime to win in Saratov. Some of our mistakes had to do with changing coaches. The players have to get used to a new system under my leadership. But I’m very satisfied with the energy that the players displayed, especially in the second half. I’m also happy that we managed to win in a tough situation. Minnerath played a great game for Avtodor. We paid extra attention to defending Zubcic, who’s usually dangerous when switching.

Up Next
Avtodor: December 3 at Khimki
Lokomotiv-Kuban: November 27 vs. VEF