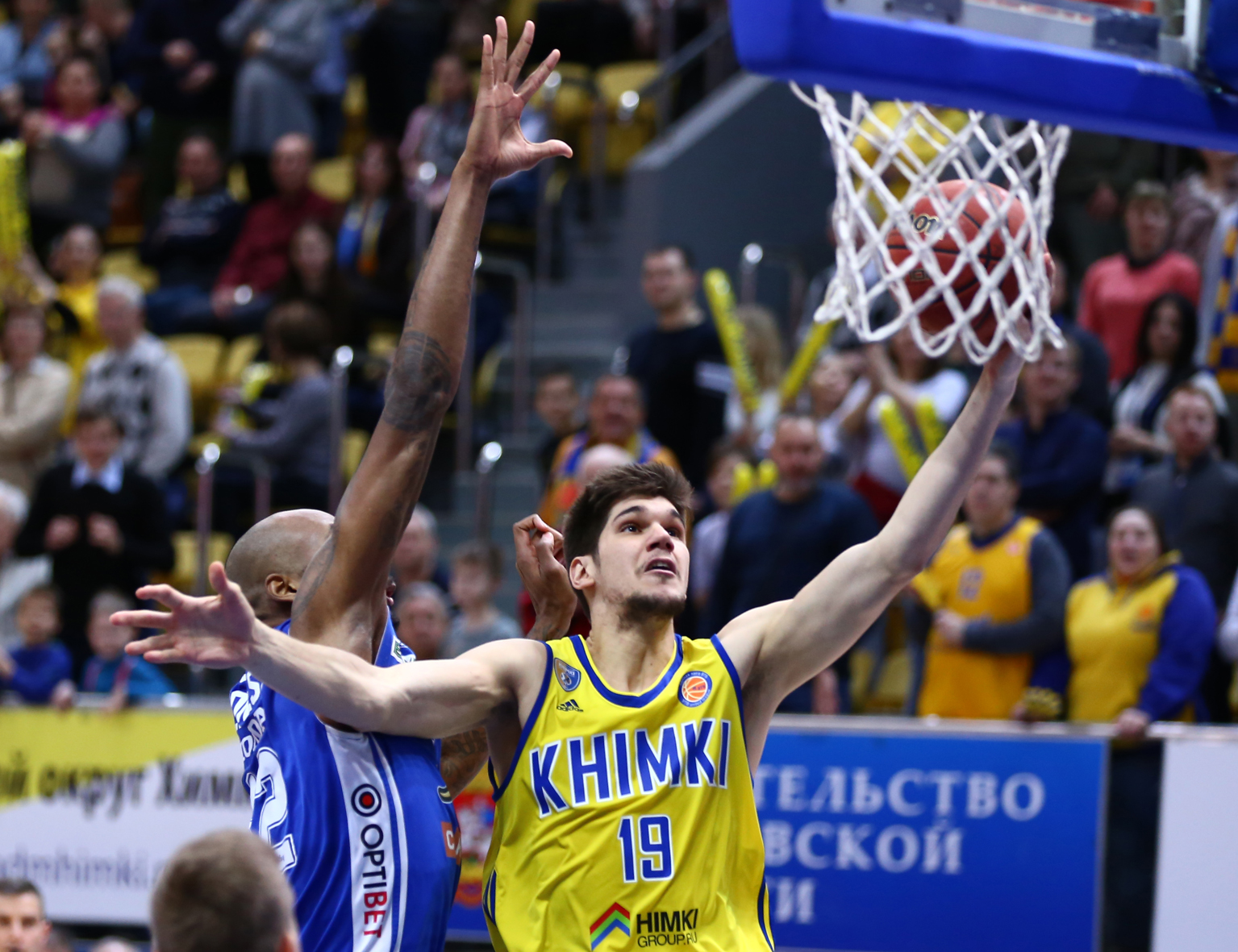 Turning Point
Khimki jumped out to a 16-8 lead, holding the visitors to 31% shooting in the opening period.

The home team continued to pull away in the second period, scoring the final five points of the half to take a 38-24 lead.

Kalev never threatened in the second half, stymied by Khimki’s stingy defense. The visitors ended up shooting 37% from the field, including 4-19 from beyond the arc.

Despite struggling at times inside the arc, Moscow Region shot a blistering 45% from downtown (11-24) to pick up a comfortable 24-point victory.

Quotes
Khimki head coach Dusko Ivanovic:
– We played good, at times great, defense all game. It was important to win today and we did that.

Kalev head coach Alar Varrak:
– Minute by minute, quarter by quarter, our opponent pulled away by five-six points. Journalists often ask about a key moment in a game. There wasn’t one in this game. Khimki controlled the contest for the entire 40 minutes and I think the final 24-point margin tells the story.

Up Next
Khimki: January 29 at VEF
Kalev: January 26 vs. Parma