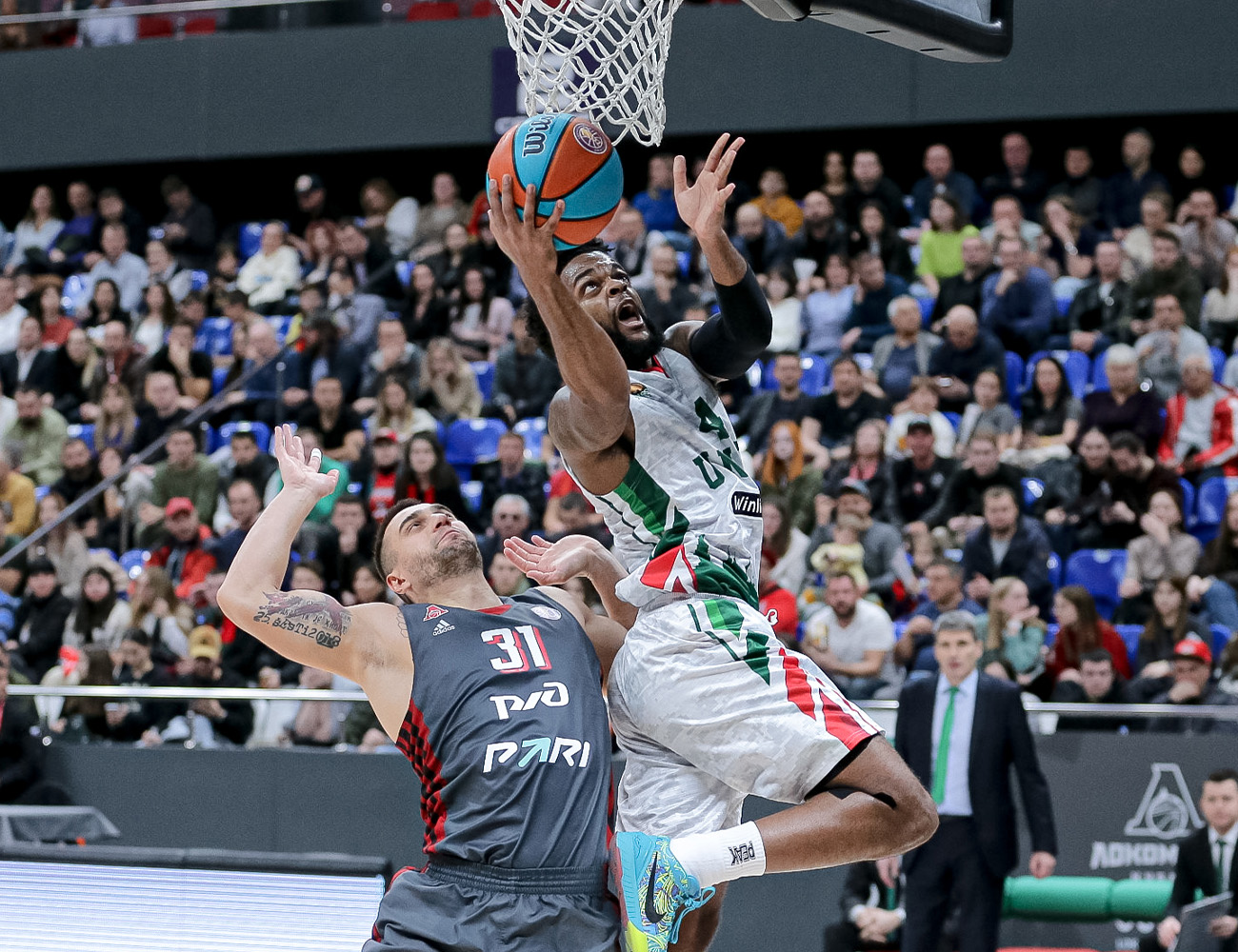 Game progress
Loko guard Aleksandr Shcherbenev did not play and this game and the team revealed it before the start. UNICS arrived in Krasnodar without Andrey Vorontsevich.

The start of the game was not very productive. The first points were scored only at the end of the second minute – Nenad Dimitrijevic made and-one floater. But if UNICS quickly turned on, then Loko had problems in offense. Three-pointers by Daryl Macon and Stanislav Ilnitskiy helped the guests to make a 14-0 run, and only in the middle of the quarter Darral Willis, after two offensive rebounds, finally scored.

UNICS was not going to slow down and demonstrated almost perfect basketball on both sides of the court. By the 8th minute of the game, Aleksander Sekulic was forced to use the second timeout – after all, his team was losing 2:23! By the first break, Loko slightly raised the shots percentage, but the difference was catastrophic – 9:29.

At the start of the second quarter, Andrey Martiuk and Jaylen Barford helped Darral Willis who scored points before by himself. Loko’s game improved, but it did not affect the game scenario: the guests had  even bigger lead. UNICS was led by Daryl Macon, who already had 16 points and 4 assists by the halftime. With every minute the Kazan team was building up the lead and as a result Vyacheslav Zaitsev drives to the basket and scored the last points of the first half – 50:21, UNICS led.

The key moment
After athe halftime, Loko increased the pace and wanted to return into the game. Barford scored 6 points in a row in 2 minutes, Martiuk had a second-chance points after Ivan Paunic miss – but all these efforts of did not affect the result, because Loko did not have a great defense.

During the third quarter, UNICS bled by 32 points, and the last 10 minutes became a formality. Loko managed to reduce the difference, but the Kazan team won with a huge lead.

Hero
Daryl Macon. UNICS guard had his best performance in the League: 20 points with 8 of 11 from the game. Macon also has 6 assists and 22 eff. points.

Numbers
32 – the biggest UNICS lead during the game in Krasnodar.