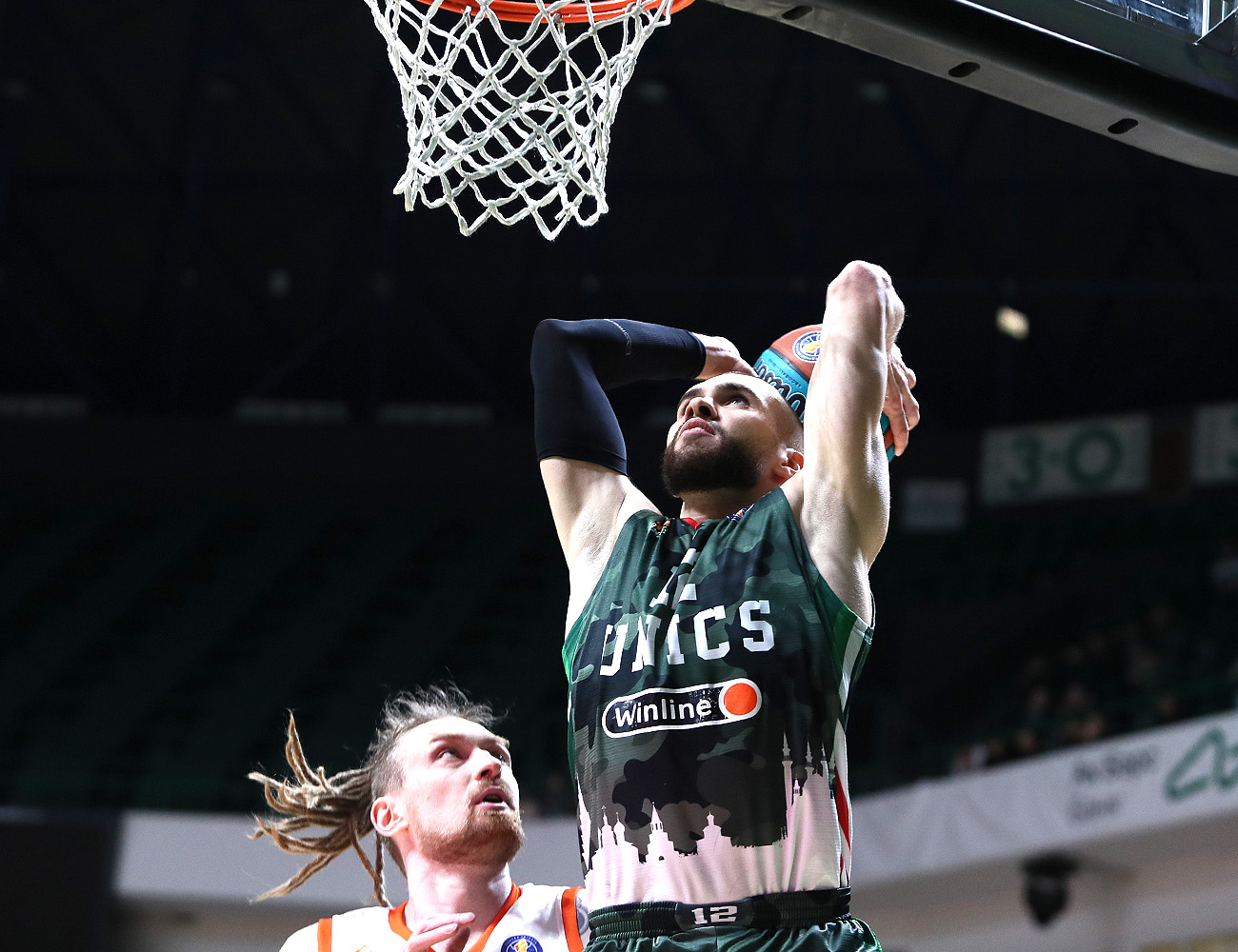 Game progress
Samara’s return to the VTB League gave a few Volga Derbys. In this game, UNICS was the favourite before the game.

And in the first minutes of the game, the Kazan team tried to justify leader status. The hosts controlled the start of the game and took the lead – 10:4. But Samara quickly adapted to the opponent style of play. The team turned on defense and skillfully used American legionnaires in offense. Isaiah Reese three-pointers and James Ennis actions allowed the guests to reduce the difference and with it the lead in the game. At the start of the second quarter, the lead was 7 points – 26:19.

But UNICS still did not allow the opponent to make the lead bigger. The hosts got involved in the offensive basketball and UNICS also had key players in such game. Nenad Dimitrijevic and Daryl Macon actions helped the Kazan team to reduce the gap to a minimum by the halftime – 45:46.

The key moment
The key moment of the game was at the start of the fourth quarter. The Kazan team made a 10-point run and their lead became 8 points — 78:70.

Experienced Samara players were able to stabilize the situation and even at some point gave hope for intrigue. After Ennis’s three-pointer, the score difference was 4 points – 84:88. But the end of the game was won by the Kazan team. Macon free-throws and Dimitrijevic effective drive in the last minute gave UNICS a comfortable lead – 92:84. In the remaining time, the opponents scored some more shots and the hosts got another win.

Hero
Vyacheslav Zaitsev became of the key UNICS players at the start of the fourth quarter. In this game, the Kazan team guard made 5 of 7 shots from the game (2 of 4 three-pointers), scored 16 points and updated the season high.